Bald Eagles in the Sky 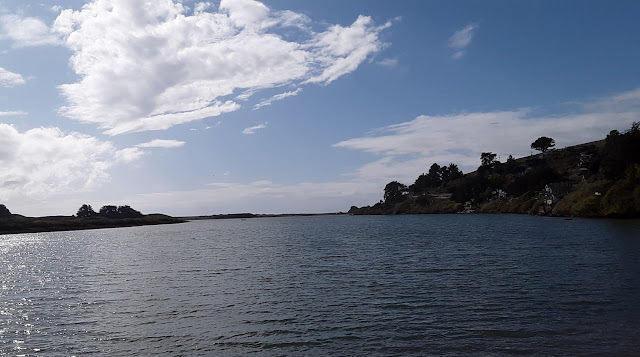 We drove up to the closest mountains instead to breathe fresh air and bird watch. We packed our field guides, lenny and larry cookies, granola bars and waters.

Within a hour we climbed to 8000 feet elevation,  the rain was soft misting the pine trees, we traveled passed towns so small, only a post office or fire department marked their existence.

Earlier,  on the way up the mountain,  the land looked like a big giant harboring a gigantic ax had chopped thousands of trees to needles and dust. The devastation of fires over the years leaving the area desolate except for a handful of new houses built in a modern style. As we continued into the mountains passed the blackened hills, signs of life in bursts of lavendar and shades of sun kissed yellow appeared. Wildflowers bloomed from crevices of rock and tiny white flowers blanketed green pastures in the valleys below. Sheep grazed and horses dug into the surface of red earth creating pillows of dirt to nap on.

Back up the mountain,  I rolled down my window inhaling the scent of pine letting go of virus invasions and fear. We continued through the dense forest of trees. Cabins with pitched roof and woodstoves sent curling waves of smoke into the damp air

We passed by two vultures picking clean a silver grey raccoon on the side of the road as we descended continuing our drive into the volcanic crater below, home to one of the largest lakes in the west.

We drove around the lake noting the lone fisherman and loon and found ourselves pulled back home heading towards the coast after stopping for hamburgers and fries keeping our distance at a booth in the back of a well traveled diner.

At the coast by the mouth of the sea, I found a cafe selling a powder of elixir containing turmeric powder, healing mushrooms and black pepper.  I stuffed the sealed paper  pouch of powder into my jacket to add to our tea later to hopefully help with the rest of our arsenal of herbs & concoctions to ward off the virus.

We sat on the bluish grey bench and  leaned into the sun breaking through the clouds. The seals popped their heads up from the sparkling sea and a few large dark birds effortlessly glided high above.  As the birds flew closer, we noticed the white underneath their feathers. Grabbing binoculars, we captured the birds white capped heads as they moved closer to hunt.

It was the pair of bald eagles, the famous ones we had been searching for these many months of trips and hikes to the water. They glided in circles closer than further so high up, you could barely see their outlines,  only dots in the blue sky.


on March 15, 2020
Email ThisBlogThis!Share to TwitterShare to FacebookShare to Pinterest